The Provincial Museum “S. Castromediano” in Lecce is the oldest museum in Puglia. Founded in 1868 by Sigismondo Castromediano, the museum collects numerous testimonies of the Messapian civilization and Roman settlements up to the art of the 20th century.

The collection boasts, among other things, the most complete collection of Attic red-figure vases, messapian ceramics and finally statues of the imperial age, coming from the amphitheater. 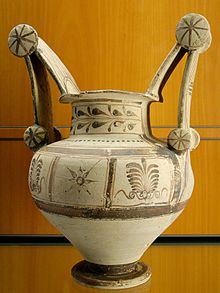 In addition to the exhibition area, there are also: a library specialized in history, art and archeology, an auditorium and an art gallery that collects works from the Middle Ages to the eighteenth century. One section is dedicated to the so-called minor arts: pottery, ivories, bronzes and silverware from the Baroque period.

After the death of the Duke Castromediano, the museum was almost abandoned. The rebirth of the museum took place several years ago, when it became part of the Puglia Region’s Library Campus. Inside the museum, various activities take place: from workshops for children to accessible guided tours.

For your stay near the park during your holidays, click here

For info for your holidays:

Discovering Salento, between sea and amusement parks: an outdoor museum in Caprarica

From the prehistory to the Middle Ages, passing through the Romans: six...