Holidays in Salento, things to see in the villages of Grecìa Salentina

In the hinterland of Salento, about 20 km from Lecce, there are a group of villages, united by an ancient linguistic and cultural tradition. Grecìa salentina is a testimony of what remains in the centuries of the Greek influence in this area. The villages that still speak “Griko” today, a mixture of Greek and local dialect, are eleven: Calimera, Carpignano Salentino, Castrignano de ’Greci, Corigliano d’Otranto, Cutrofiano, Martano, Martignano, Melpignano, Soleto, Sternatia and Zollino.

You will be amazed by the richness of the tradition of this corner of Salento, not only from a cultural point of view, but also from an architectural and gastronomic one.

We recommend you, through this guide, to travel through the villages above mentioned to discover a wonderful historical itinerary.

STERNATIA – It is the village where “griko” is still today known and spoken among the inhabitants. We recommend a visit to the Mother Church, Maria SS. Assunta, with its bell tower, both built in the 1700s. 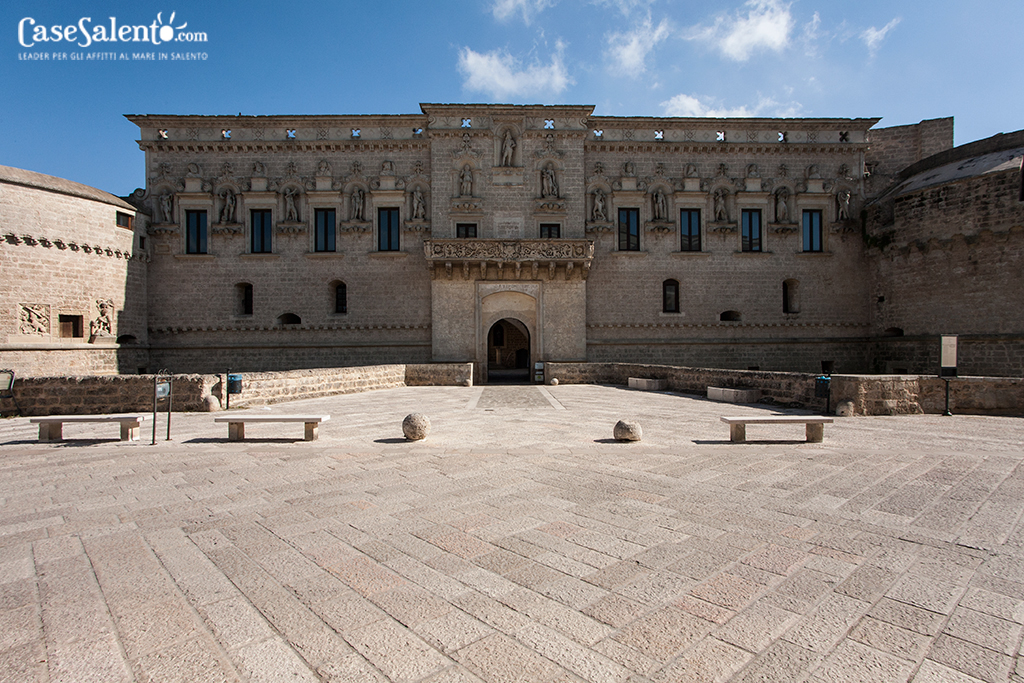 CORIGLIANO D’OTRANTO – The historic building that identifies Corigliano is undoubtedly the Castello de ’Monti, called “the most beautiful sixteenth-century military monument in the land of Otranto “. Of medieval construction, the castle was completely renovated in the 16th century. Currently, the manor is the center of the cultural life of the Corigliano, since it hosts numerous exhibitions, concerts and events.

SOLETO – Small center of Messapian origin, in Soleto you can visit the Church of Maria Santissima Assunta, built in 1783. The church stands on the pre-existing medieval structure. The Guglia Orsara, with its 45 meters, is the symbol of the village and it was raised to impose the Latin forms within the mainly Greek community. Next to the church is the Guglia di Raimondello, a large bell tower without bell, erected only for ornamental purposes.

ZOLLINO – Among the numerous churches with which the village is equipped, we mention the Mother Church, dedicated to Saints Peter and Paul, with its bell tower from the late nineteenth century.

MARTANO – It is one of the largest villages of Greek influence. Inhabited since ancient times as evidenced by the prehistoric menhirs of Santu Totaru and the Theophilus, Martano suffered from Greek influence especially in the Middle Ages, when settlers from the Eastern Roman Empire arrived on the territory. Here, the Greek rite was preserved until the seventeenth century. 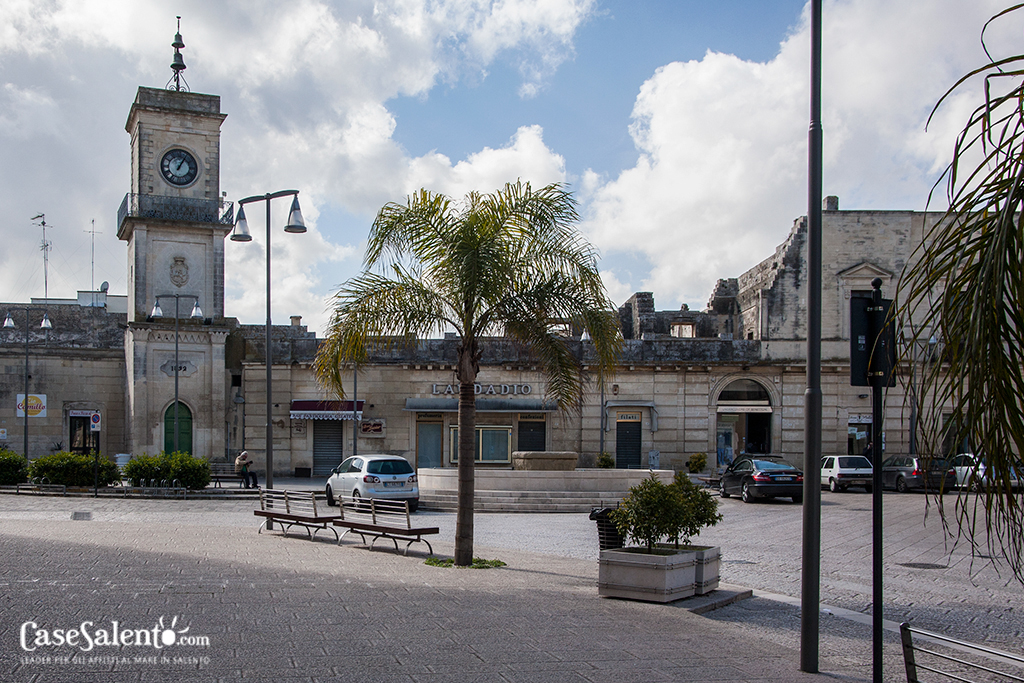 Palazzo Moschettini is one of the historic noble palaces dating back to the period between the sixteenth and eighteenth centuries. The palace has a large finely decorated portal. Also of great beauty is the Cistercian monastery, on the road to Borgagne, which host the monks since 1926. You must visit the archive and the library which hold numerous documents and books of great value. The liqueur shop is particularly famous: the monks, still today, produce the “San Bernardo” digestive bitter and other products such as oil and jams. 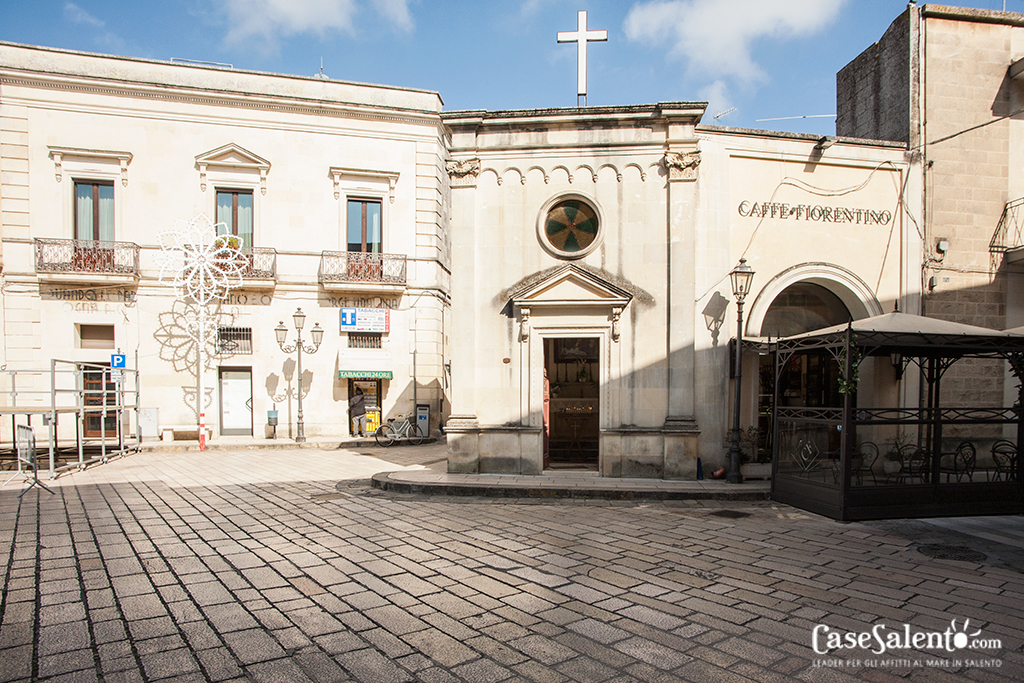 MARTIGNANO – Of ancient origins, the village preserves the Parish Church, the Clock Tower and the Bell Tower, altogether in a single structure built in the sixteenth century and embellished with Baroque elements, thanks to the restoration in the late seventeenth century.

CALIMERA – The village, whose name is clearly of Greek origin (the meaning is “good day”), has among the most precious monuments a Byzantine church, dedicated to the Madonna of Constantinople and the Mother Church, built at the end of the seventeenth century. The history of the Church of San Vito, just outside the town, is very nice. This small church is only open on Easter Monday and has a large boulder inside with a hole in the middle, where, according to an ancient rite, the faithful, passing over it, asked for prosperity.

CASTRIGNANO DE’ GRECI – The town was probably founded by a population from the Eastern Roman Empire and was certainly inhabited by the Byzantines between the sixth and ninth centuries. You must visit the Parish Church of the Madonna SS. Annunziata, dating back to the nineteenth century and the Castello dei Gualtieri, built in the sixteenth century, starting from an older pre-existing construction.

MELPIGNANO – In recent years it has become the most famous hinterland village of Salento because every summer it hosts Notte della Taranta, the concert of popular music. In the old town you must visit Piazza San Giorgio, where there is the parish church, the Renaissance arcades and the Clock Tower built at the beginning of the twentieth century.

If you want to plan your holiday close to these beautiful villages, click below:

Next post A holiday tip for you: villas with exclusive swimming pool…