If you come in Salento every year for your holidays  or if you are here for the first time, but you like to discover unusual places, here it is the guide of unexplored places perfect for you! 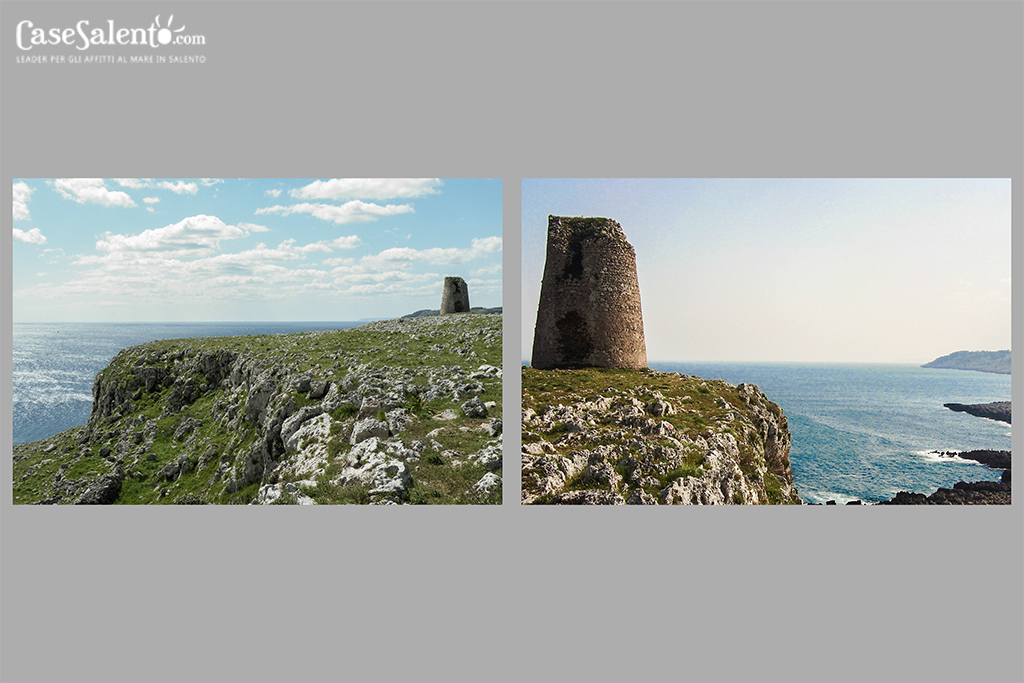 TORRE SANT’EMILIANO – With its cone shape and 9 meters in diameter, it is perhaps the oldest coastal tower of Salento and stands on the coast of Otranto, halfway between Punta Palascìa and Porto Badisco. At 50 meters above sea level, the tower was built for defensive purposes in the sixteenth century during the reign of Charles V.

The view that can be admired in this place is breathtaking: the tower, in fact, dominates the bay below, giving the viewer a sense of peace. Furthermore, the site is a must-see destination for sport climbing experts, given the possibility of climbing on three different sectors in the cliff below the tower.

SENTIERO DELLE CIPOLLIANE – In Just about an hour’s walk, through the typical landscape of Salento countryside, you will reach the “Grotte Cipolliane”, four rock shelters at about 30 meters above sea level. The caves are an exemplary case for the study of the Upper Paleolithic and retain traces of important findings relevant to lithic industry and the remains of various animals.

To get there you have to take the so-called “Sentiero Cipolliane”, close to the coastal road Otranto – S.M. di Leuca (S.P. 358), on the cliff between Marina di Novaglie and Ciolo. In the past, this path was traversed by the locals to transport, with the help of donkeys and various animals, salt and other goods from the coast to the most internal areas of the territory.

MONTERUGA – Between the northern Salento countryside, between San Pancrazio, Salice and Veglie, there is a fascinating ghost-village that preserves the memories of a recent past. The inhabited center of Monteruga preserves the signs of the Fascist period, during which it was born, and of the fifties, the period in which it developed.

The village, in fact, came to count up to 800 inhabitants after World War II, when, following the land reform, many agricultural lands were assigned to the farmers who had decided to move to the area. In the 1980s, the village became completely abandoned. Today it remains a school, a church dedicated to Sant’Antonio Abate, the square, the oil mill, the peasant houses and a spooky atmosphere that horror lovers will appreciate! 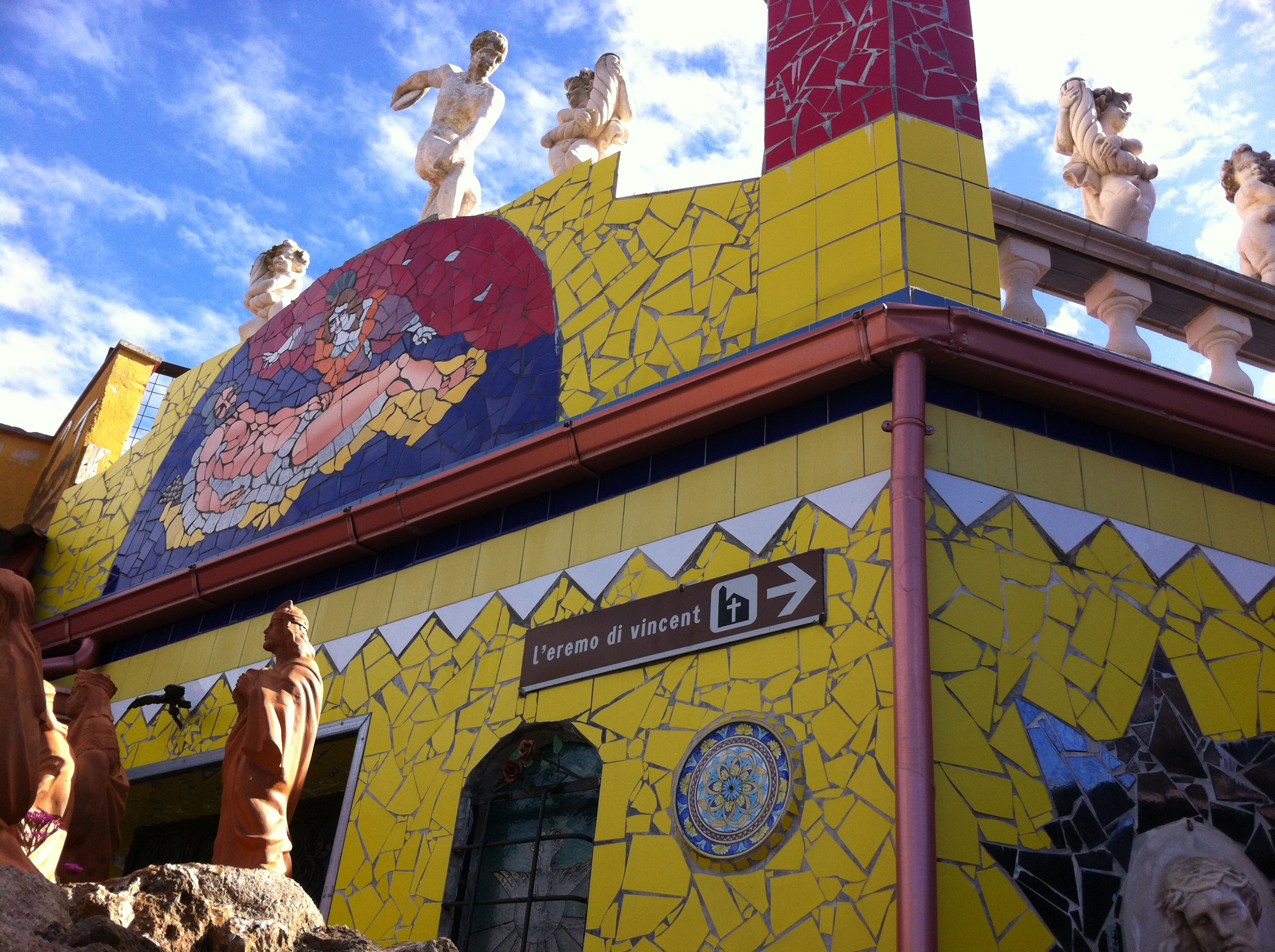 EREMO DI VINCENT – Vincent Brunetti, a local artist, welcomes many visitors every day in his house museum on the outskirts of Guagnano. The experience is one that is worth trying at least once, if you are visiting Salento. In addition to admiring (and also buying) one of the eccentric painter’s works, you can also make a visit in Vincent’s home: a labyrinth where mosaics, sculptures and objects of any kind make up a unique path.

EX-MONASTERY OF OLIVETANIANS – If you are looking for a corner of quiet and contemplation, sheltered from the frenzy of the city, we suggest you to visit the former convent of the Olivetan Benedictine monks, at the entrance of Lecce. Built in the 14th century, it currently hosts the Faculty of Cultural Heritage of the University of Salento. The building, well preserved, has two adjoining cloisters that rework the medieval model in a 16th century key. The fragments of frescoes from the Byzantine era and the well-canopy are of great charm. 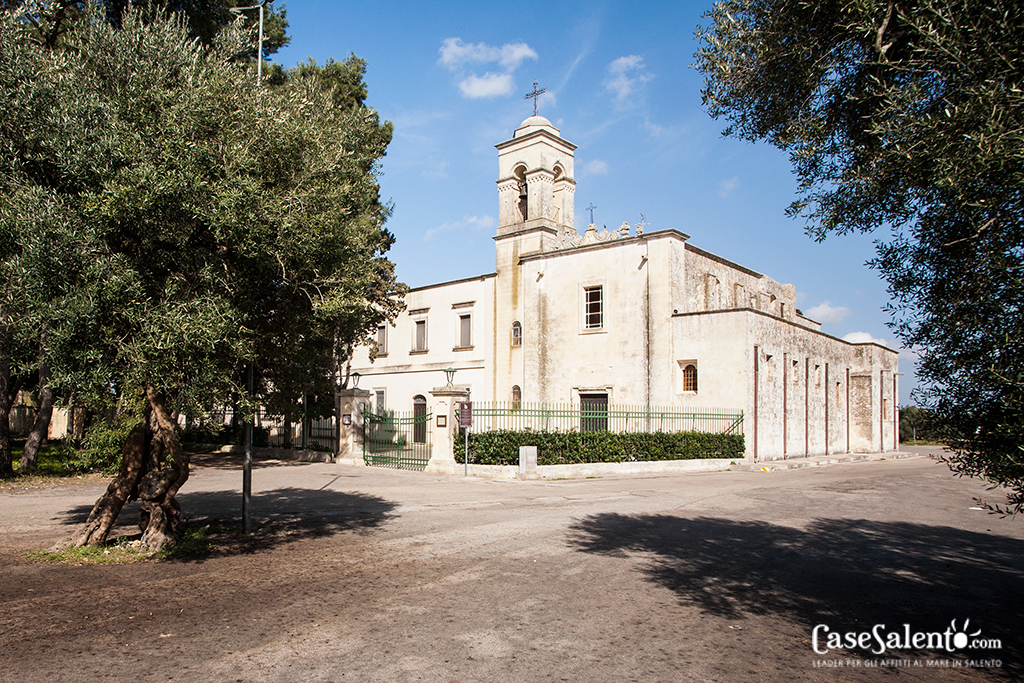 CONVENT OF THE CISTERCIAN MONKS – The monastery of Santa Maria della Consolazione is located outside the town of Martano, on the road to Borgagne. The building, which has housed the Cistercian monks since 1926, was built in 1686 and occupied by the Alcantarine fathers until 1866. After a long period of neglect, in which it was used as a straw and shelter during epidemics, the building returned to its original function in 1926, when the Cistercian monks settled there.

Of great value are the archive and the annexed library which hold numerous documents and books of great value. The liqueur is particularly famous: the monks, still today, produce the bitter digestive “San Bernardo”, and other products such as oil and jams. The place is highly recommended if you want to buy genuine local products.

Previous post The 7 most beautiful churches to visit in Salento

Next post In Salento with friends, some tips to help you find your ideal holiday house