Things to see in Lecce for your holidays

Lecce is the easternmost city of Italy, famous for its art and for its Baroque style.

If you come in Salento for your holiday, you cannot miss a visit to the town, that is just 11 km far away from the Adriatic coast and just over 20 from the Ionian one.

Lecce is synonymous with Baroque: the seventeenth-century style characterizes most of the churches and palaces of the old town. Another peculiarity that makes Lecce unique is the warm color of the yellow of the “Pietra Leccese”, a typical stone of this area used for monuments and buildings thanks to its pliability.

PIAZZA SANT’ORONZO – For your tour, start from Piazza Sant’Oronzo, the heart of the town, the result of architectural styles from different historical periods. The column with the statue of the patron saint at the top, which gives its name to the square, dominates the scene from its 29 meters, the 16th-century “Sedile” and the “lupa” (she-wolf), represented on the oval of the square, are the symbols identity of Lecce. 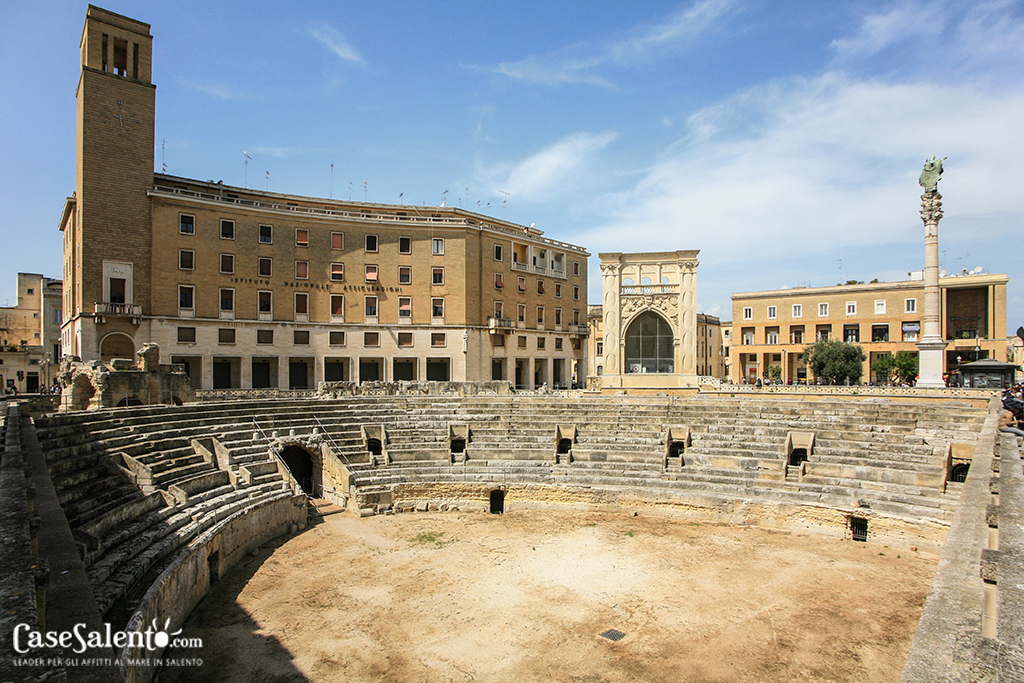 ROMAN AMPHITHEATER – A few steps from the column, you can find the Roman Amphitheater, dated between the ages of Augustus and Hadrian, which together with the historic Palazzo dell’Ina, a typical example of fascist architecture, complete the skyline of the square. The amphitheater was built to entertain, with shows and games, about 20 thousand spectators. The structure had been entirely covered by rubble after earthquakes and only at the beginning of the 20th century it was partially unearthed. Nowadays the Amphitheater is used as location for concerts and events.

BASILICA OF SANTA CROCE – Close to the main square, you can reach the Basilica of Santa Croce, symbol of the Baroque. Built between 1549 and 1646, by the three architects Riccardi, Penna and Zimbalo, the Basilica will leave you enchanted by the splendor of the façade finely embroidered with flower sculptures, fruits, mythological figures, statues of men and zoomorphic figures. The rose window with three inner rings further enriches its appearance. Inside, the layout is a Greek cross and has three naves.

CARLO V CASTLE – Near Piazza Sant’Oronzo here it is Carlo V Castle, from the name of the king. The building was built in 1539 on a pre-existing fortification built between the 13th and 14th centuries. The castle was used in the past for defense and military purposes. Now the building is used for cultural events and art exhibitions. 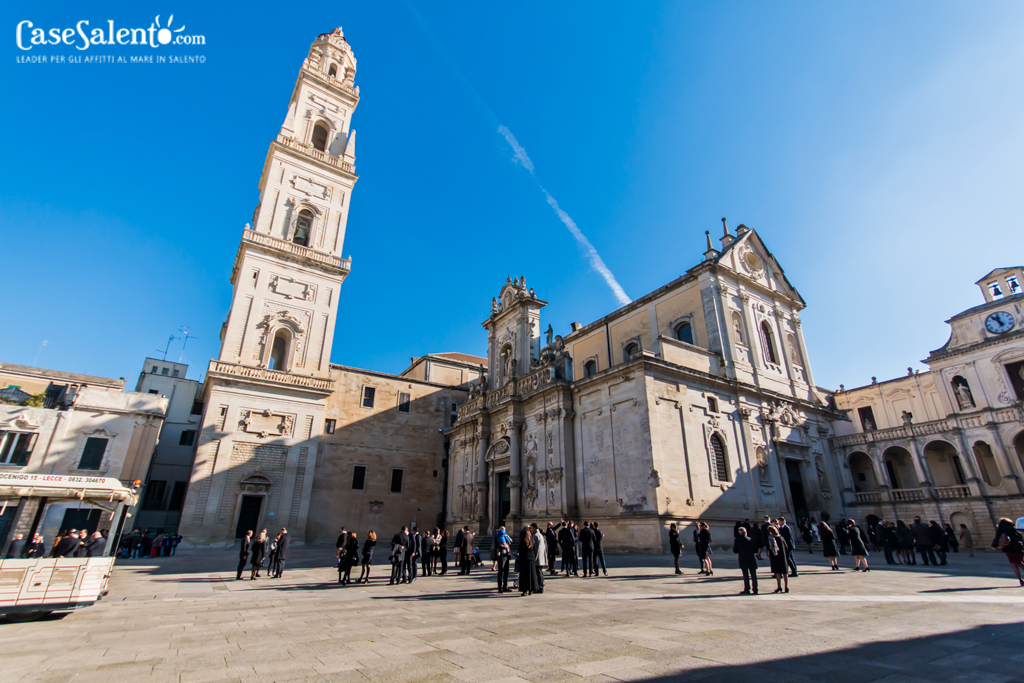 DUOMO – Always on foot, wandering around the historic center, you can reach the Duomo, along Corso Vittorio Emanuele, one of the main walking street, ideal for shopping and for a coffee break. The Cathedral, dedicated to Maria SS. Assunta, was built in 1144, restored in 1230 and then completely rebuilt in 1659 by Giuseppe Zimbalo. The architect also buildt the five-storey bell tower, surmounted by an octagonal dome on which an iron statue depicting Saint Oronzo is placed. The main façade is very sober with respect to the more luxurious secondary one. At the inside there are three naves separated by half-pillars.

PARK – For lovers of greenery, we recommend a stop at the Villa Comunale, the lung of the city, at a few minutes walk from the main square.

Lecce is not just monuments and churches. The baroque city, in fact, is also famous for its liveliness in the streets. We suggest you to stop for an aperitif or to taste the pasticciotto, the most famous dessert in the area. At the evening, mix yourself with the local nightlife in the numerous bar and restaurants in the old town. Stop for something to eat in one of the characteristic pubs between Piazzetta Santa Chiara and Via Federico D’Aragona or taste some excellent wine in one of the very popular bars that line Santa Croce.

If you don’t know where to sleep in Salento, here you will find some useful advice:

Previous post In Salento with your partner, the best solutions for you

Next post Salento, 5 things to see on holidays in Otranto