Salento, things to see in Santa Maria di Leuca during your holidays 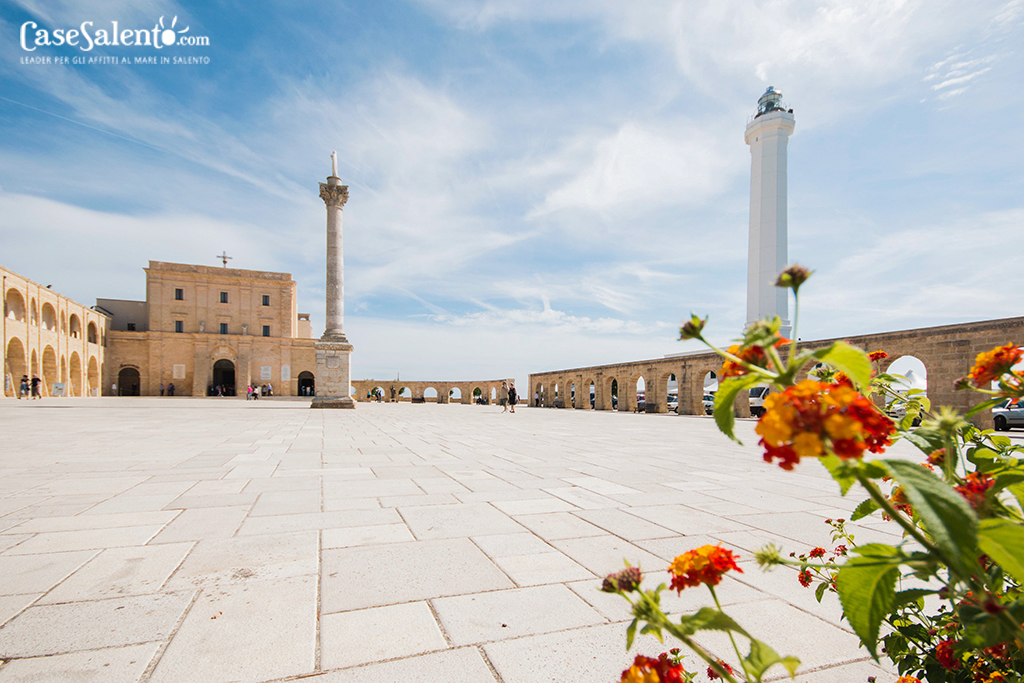 Visiting Santa Maria di Leuca looks like feeling on the edge of the world. The village, called by the Romans “De finibus terrae“, is the southest point of Italy.

If you are on holiday in Salento, it is worth making a stop here to discover the history, the monuments, the natural beauty and the beaches of one of the most fascinating site of Italy.

Located about 80 km south from Lecce, Santa Maria di Leuca owes its name to the ancient Greek sailors who, coming from the East, identified the place as “white” (from the Greek Leukos), because it was enlightened by the sun. Land of pilgrimage, but also of vacation, Leuca offers a great itinerary between nature and history. Here they are the things you must see if you are here:

THE SANCTUARY – The origins of the basilica of Santa Maria “De Finibus Terrae” date back to the ancient pilgrimage that St. Peter made to Rome. During the trip, he stopped in Leuca and, since then, the temple dedicated to the goddess Minerva, located on the Japigeo promontory, became a place of Christian worship and one of the main pilgrimage centers of the ancient and medieval age. The sanctuary was built in the mid-1700s by Monsignor Giannelli, in honor of the Madonna of Leuca who would have saved some fishermen from a storm in the 4th century. 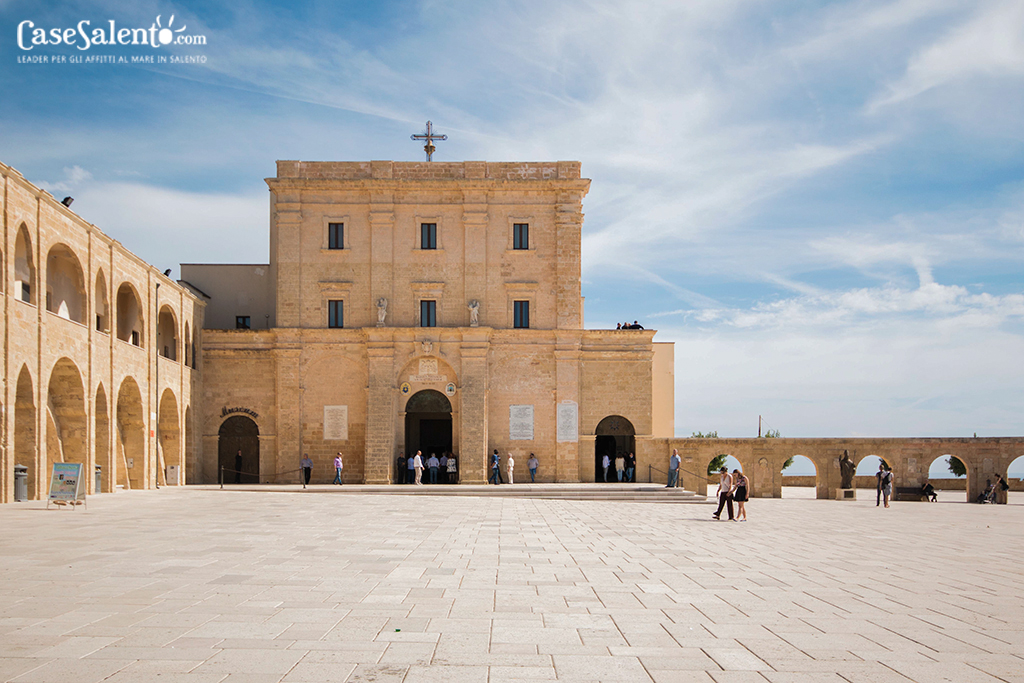 At the inside, you can admire many frescoes from the 1800s and a large monolithic boulder, the “Altar to Minerva”, as a proof of the ancient pagan cult in the village. On the main altar, you must see the painting of the Madonna and Child by Jacopo Palma il Giovane. The Basilica overlook the square from which you can enjoy a breathtaking view.

THE WATERFALL OF THE APULIAN AQUEDUCT – A huge stairs, connecting the sanctuary to the old port, represents the terminal point of the Apulian Aqueduct, which arrived in Leuca in 1939, the year in which the waterfall was finished. From here, you can look at the whole Leuca promenade and at the sea.

The two stairs, with 296 steps for each, and, the Roman column that stands at the end, were sent to Leuca by Mussolini, who commissioned the works. Between the two staircases, there is an artificial waterfall, open only on special occasions. 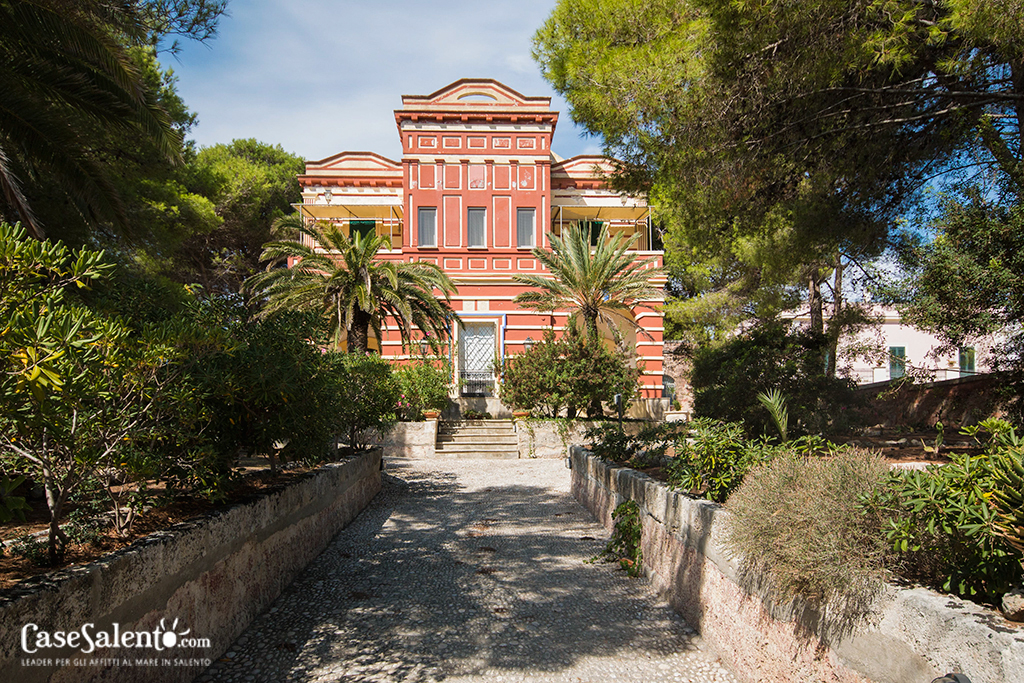 EIGHTEENTH CENTURY VILLAS – Walking through the village, you will be enchanted by the nineteenth-century villas, ancient aristocratic houses characterized by various architectural and decorative styles. During the Second World War, many of these villas were severely damaged, but some of them, such as Villa Mellacqua, Villa La Meridiana and Villa Episcopo, still preserve their ancient charm.

BOAT TRIPS – One of the peculiarities of Leuca is undoubtedly the presence of numerous caves that can be explored by boat. Among the best known is Porcinara, an ancient place of worship.

About 150 meters from the Porcinara cave, there is the Devil’s Cave, accessible both from the sea and from the ground. The cave probably owes its name to the wind and undertow that can be heard inside. Recent research has uncovered a series of flint tools and weapons and pottery dating back to the Neolithic Age. 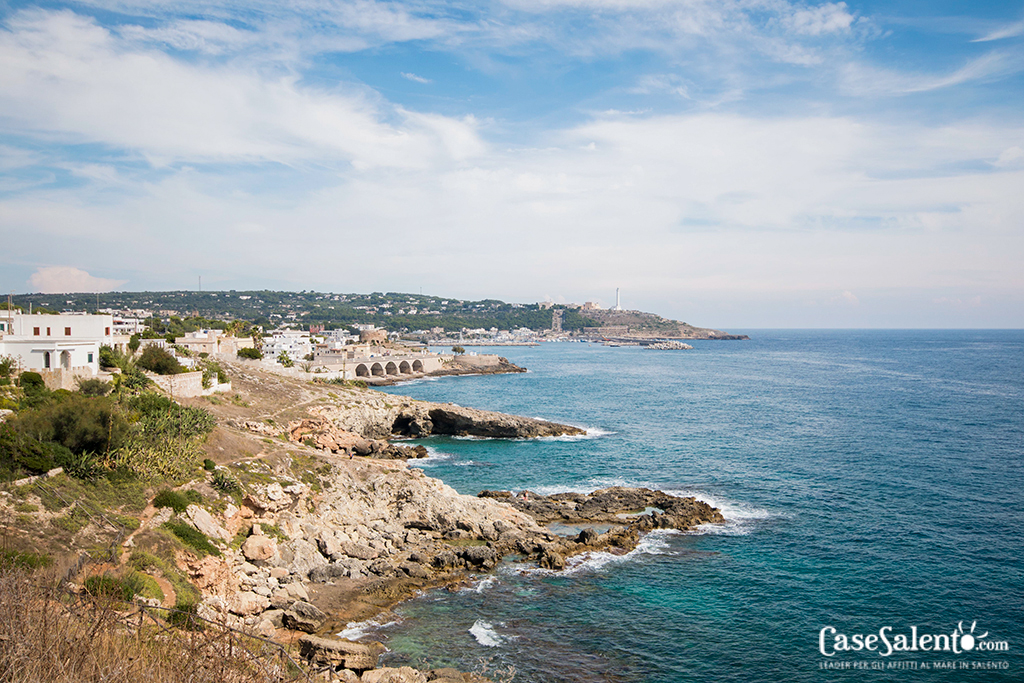 The “Grotta delle tre Porte” is made up of three large openings which allow a glimpse of an immense cavity. On the north wall of the compartment inside the cave there is a tunnel that leads to a “room” called the “Child’s Cave” where a molar of a 10-year-old boy dating back to the Neanderthal age was found.

Next post Salento, things to see in Porto Cesareo on holidays