Do you want to try good Salento food? Some advice from fisherman, pastry chef and farmer! Ps: typical dishes and sweet desserts …

Not only sea, beaches and breathtaking views, Salento boasts an ancient culinary tradition. From sweets to savoury dishes, included the one of the most famous drinks of the summer: coffee on ice with almond milk, here it is a quick guide so you’ll be able to taste any typical dishes of Salento.

Are you fancy of a quick snack or an easy to prepare dinner? Below you can find some of the most famous symbols of Salento: frisa, rustico, puccia and pizzi.

Made of wheat or barley and baked in a wood oven, frisa is a dish of Greek origin. Before eating it, wet it in a bowl of water to make it soft and then taste it with tomatoes, oil, salt and oregano.

Puff pastry baked in the oven and filled with bechamel, tomato and mozzarella, Rustico, in its round shape, is perhaps the most famous and most eaten product in Salento.

You can try it in Lecce. You can stay here.

It is wheat bread with a round shape, seasoned with black olives and then stuffed to suit your taste. Probably in the past it was the meal eaten by prisoners, because of the use of wheat.

Very similar to puccia, pizzi are another famous bakery product. Seasoned with zucchini, tomatoes, olives and other vegetables, they are certainly a delicious aperitif.

Are you looking foward to sit in some typical Salento restaurants and taste some of the most famous traditional dishes? Read below to learn more!

A dish  from the poor tradition. It is made up of broad beans purée, combined with wild chicory, to be eaten strictly in the same dish.

This is a poor dish as well, made up of chickpeas and egg noodles. It takes origin from a arabic tradition for the spring equinox. “Tria” are fried tagliatella pieces.

Dish of the poor peasant tradition, made up with old bread, stir-fried in pieces, combined with some vegetables, turnips or chicory, generally.

You can try it in Carpignano Salentino. You can stay here.

A delicious homemade pasta, consisting of a long and thick fettuccina, wrapped around itself, ideal to retain the sauce. Often served simply with tomato sauce, or with meat sauce.

Orecchiette (litterally “little ears”) are a homemade kind of pasta.

Thin slices of fried aubergines, placed on top of each other with tomato sauce and basil.The result is a real delicacy. In other versions, mozzarella or ham is added, but we like it traditional.

It is a fish soup, so called because of the fishermen, that, throwing their nets into the sea and withdrawing them, used to damage some fish. Those fish that didn’t sell, they used to put them in the pan on the same boat and cooked in soup.

Now it is a sophisticated dish of the Ionian coast, more commonly known as fish soup, but in some parts of the coast of Porto Cesareo, it is better known as “Quataru”.

You can try it in Porto Cesareo. You can stay here.

Pieces of horse meat (or donkey) with sauce

Someone would not be happy with this dish. Who taste them say, instead, that they are delicious.

The recipe is pieces of horse meat cooked in pignata and not roasted so the meat becomes very tender and tasty. In the area of ​​Manduria (province of Taranto), they often use the donkey.

You can try it in Manduria. You can stay here.

Rice, potatoes and mussels cooked in the oven and served directly in the pan, as indicated by the name of the dish. The tajeddha is influenced by the of the Spanish domination.

It is a type of snails with yellow shell. You can cook them stir-fried with onion and tomatoes or roasted.

Municeddhi are not the only type of snails that are eaten in Salento. They are also appreciated “le cozze piccine” smaller, with a white shell.

You can try it in Cannole. You can stay here.

They are a good dish throughout Italy, but the difference is that we breed them in Castro and sell them all over Italy. You will hardly find mussels so fresh and tasty!

Thin slices of aubergines roasted and seasoned with extra virgin olive oil, salt, a pinch of chopped garlic and fresh mint. Simple and light, it is very tasty side dish.

The recipe is really simple, but the result is very tasty. The peppers are roasted and made to flavor with bread crumbs, vinegar, capers.

It is one of the symbols of the rural culture of Salento. Usually we collect it during the rainy season (from November to March), not tearing it off the ground but cutting the chicory with a knife from the root, to allow the plant to grow fast. “Zangune” (that is the dandelion) is one of the best known chicory.

Salento is also land of cheeses. You must try burrata, stracciatella, and goat cheese.

Last but not least the pecorino cheese, better known as “casu recotta” and its spicy variant (“recotta scante”), the king in the condiment of homemade pasta with sauce!

You can taste them salted or dried or seasoned with hot peppers. Olives are one of the most important food of diet in Salento.

You can try it in Martano. You can stay here.

In the gastronomic tradition of Salento there are many sweets, the best known of which is undoubtedly the pasticciotto.

Short pastry with custard, the oval shape pasticciotto is the king of Salento breakfast.

You can try it in Galatina. You can stay here.

It is a nougat made of almonds and sugar. The origin is uncertain between Roman and Arabic. 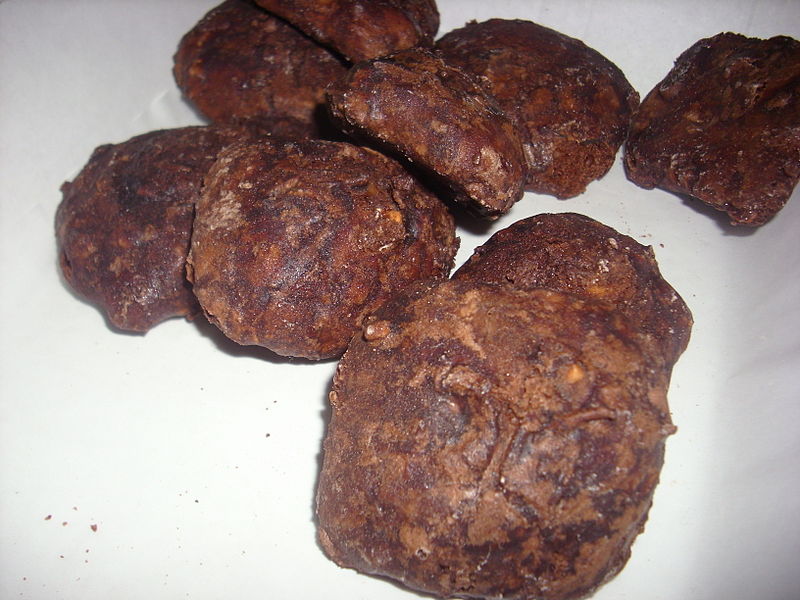 Mustazzoli are a mixture of sugar, flour, almonds, cinnamon, honey and other aromas. They take origin from Arabia.

Formerly collected from the plant, the dried figs are obtained leaving the fruits to dry in the sun on wooden boards for at least five days covered by a veil

Once dried, the figs will have a brownish appearance.

In the “almond” variant, the figs are stuffed with one or more toasted almonds and served with vincotto, honey or sugar.

It is an ice cream of mixed flavors (usually hazelnut, chocolate and stracciatella) with chopped almonds, dark chocolate in pieces, candied fruit and caramel.

Its characteristic shape is spherical because it is made in round bowls.

Maybe you don’t know that its origin is from Neaples, but it spread throughout Salento in the ’60s and’ 70s.

Coffee on ice with almond milk

Together with pasticciotto, it is a must for breakfast in Salento. Coffee, made at the moment and served on ice, with almond milk instead of sugar.

Probably it take origin from a Spanish tradition. The variant of almond milk has been introduced since the 1950s.

Wines are very important from culture of Salento. Primitivo and Negramaro are the most famous varieties, together with Salice Salentino. We will publish shortly an article dedicated to our wines ;).

It is an excellent product of Salento, thanks to the careful and ancient processing of olives. The olive tree is the most widespread tree in the area because it adapts very well to the characteristics of the land and to the water scarcity.

Olive oil production dates back to the Greeks but spread widely in the Middle Ages. Even now you can see centuries-old olive groves and the underground oil mills dating back to the time of the presence of the Basilian monks in Salento.

Currently the extra-virgin olive oil of Salento has the Protected Designation of Origin (PDO). We will dedicate a detailed article to the processing of olive oil on this blog.

Last but not least it should be noted that the ancient culinary art has made cooks passionate and talented. In addition to traditional dishes, in fact, you will taste excellent recipes of national dishes. Seeing is believing!

For more info about holiday houses/villas in Salento:

Next post Xylella doesn't stop the olive oil production in Salento! Because since a long time