Spiaggiabella is a very long stretch of white and fine sandy beach, nearby the famous Lecce, the capital of baroque. Situated on the Adriatic coast of Salento, between Torre Rinalda and Torre Chianca, is part of the “Regional Natural Park Forest and Swamps of Rauccio”.

Previous
Next
Fine and unspoiled sand
Spiaggiabella is a very special seaside resort of Salento, on one hand: an expanse of fine white sand, embellished with shells lying on the soft sandy surface; on the other there is the Natural Rauccio Park, which offers beautiful scenery of the Idume basin and Rauccio Wood (typical example of Mediterranean maquis protected by the WWF, with healthy cycling routes). Spiaggiabella presents itself as an oasis of tranquility, where to spend holidays, breathing pure air and away from the stress, without missing any kind of fun. In fact, this resort can enjoy a variety of sports: beach volleyball and football on the beaches during spring and summer, cycling or walking, surfing and kite surfing all year round (adored by fans of the genre). The beach has long stretches of free beaches and several equipped lidos, with music and animation. The lake, a body of water where ducks, birds and various fish live. The Wood, has the characteristic flora and fauna of the mediterranean area, unique paths to be discovered by bicycle or walking, breathing in the scent and hearing the chirping of birds. There is not a great nightlife here, but just move to the nearby Lecce or San Cataldo, to plunge into the Great Movida of Salento. Spiaggiabella assured even by its name, gives you exactly the location you were looking for.
See all available rooms in Spiaggiabella

The story of Spiaggiabella is relatively recent, in fact, the village was built behind a lovely stretch of fine white sand, of some miles, which runs between Torre Rinalda and Torre Chianca. The scenic beauty, wildlife and floral diversity, have made it, that people from Salento in particular and Puglia in general, chose it as a settlement, attracted by the unspoiled natural surroundings and sandy stretches. The natural park “Parco Naturale regionale Bosco e paludi di Rauccio” includes besides the Spiaggiabella resort, the wood with the same name and the lake basin. The forest, considerably larger in the past, extended to the gates of Lecce, consisting mainly of oak trees, but also of the characteristic plants of the Mediterranean maquis. Over time, farmers have gradually wrested from the nature acres of parkland. Near Spiaggiabella, the wood has survived, however, being that tract of bush, lied on a shallow farmland, supported by a rocky settlement. The interest in non-agricultural activities has been the fortune of that portion of greenery, who subsequently benefited from the protection of both the region and WWF, leading to the birth of the ‘Wood and Swamps Natural Park of Rauccio’.

By car, coming from north, continue on the A14 (Autostrada del Sole) to Bari. Here take the highway to Brindisi-Lecce. Overcoming Brindisi and then arrived in Lecce, you have 2 options. 1) Take the ring road and continue east until you reach the turnoff for Torre Chianca. Arrived in Torre Chianca you will see a large roundabout in the center the signal “Parco Naturale Bosco e Paludi di Rauccio (Natural Park woods and swamps of Rauccio)”, turn to your left (by the roundabout and turning the whole of it taking the road just immediately before the one you came from). Continue for about 1.5 km you will arrive.

By train (Trenitalia)Salento is reached along the Adriatic (Milan – Bologna – Pescara) or through the Rome – Caserta. Once in Lecce the bus can be taken which stop in Spiaggiabella.

By plane you can reach Salento with a stopover in Brindisi where you can choose to wait for the bus that connects the airport to the center of Lecce or rent a car. If you choose the first option for continuing to Spiaggiabella take the bus which stops here. 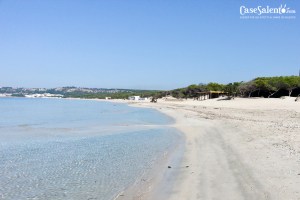 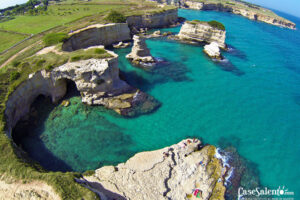 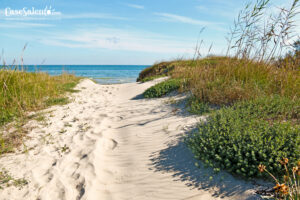 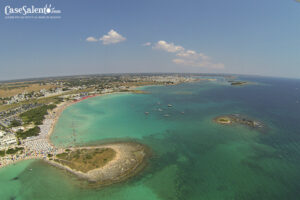 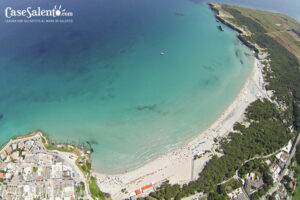